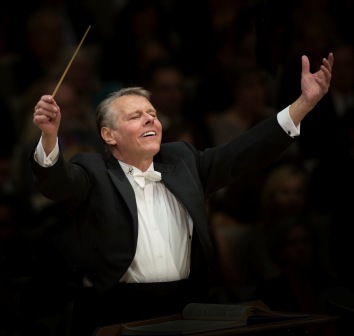 Mariss Jansons, one of the most highly esteemed and beloved conductors worldwide has died in St. Petersburg at the age of 76. Born 1943 in Riga, Latvia, Jansons studied violin, piano and conducting at the Leningrad Conservatory when he was discovered by Herbert von Karajan. Jansons subsequently spent several years in Vienna with Hans Swarowksy, was assistant of the legendary conductor Yevgeni Mrawinsky and then became Chief Conductor of the Oslo Philharmonic in 1979.

Following his tenure as Music Director of the Pittsburgh Symphony Orchestra (1997-2004) he was appointed Chief Conductor of the Sinfonieorchester des Bayerischen Rundfunks in 2003 und almost simultaneously of the Concertgebouw Orchestra Amsterdam (2004-15).

Over the years Jansons had established a special relationaship with the Vienna Philhamronic Orchestra, conducting the famous New Year’s Concert no fewer than three times (2006, 2012 and 2016).

Jansons was admired by people from all over the world for his great passion, his energy and his love for making music. Our thoughts are with his wife and family. Mariss Jansons will be dearly missed by the musical world.