The much-coveted “Recording of the Year” prize at this years Gramophone Awards went to Mirga Gražinytė-Tyla and the City of Birmingham Symphony Orchestra with Gidon Kremer and Kremerata Baltica for their debut recording on Deutsche Grammophon of Mieczysław Weinberg’s Symphonies Nos 2 & 21. This Award comes to the Orchestra as it celebrates 100 years since its founding in 1920. Weinberg (1919-96) is a Polish composer, once reportedly described by Shostakovich as ‘the best composer you’ve never heard’, whose music is enjoying something of a renaissance, in large part thanks to this recording, released in Weinberg’s centenary year. Many congratulations! 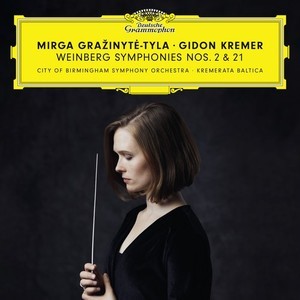